When you build your family tree, the branches extend far and wide. It’s tough to know how far to map it and how many cousins to consider.

You might wonder how many generations you should go back and who in the family has cousin counts and can tell you the names of fourth cousins.

Tools like ancestry.com make it easy to find relations, especially now that they offer a DNA test and update you on DNA matches.

With all that information, you might be wondering what is a third cousin and how are you related? How many third cousins does the average person have?

That question is difficult to answer in some ways based on the wildly varying reproductive habits of families, especially in the past two generations. More distant cousins can be a challenge to keep track of.

However, third cousins are not impossibly distant relatives, so it’s possible to keep track of them.

It is currently estimated that people have about 850 relatives who are third cousins or closer in relation. 175 of those could be a third cousin.

Of course, these are wildly speculative but they do offer some sort of way to wrap our heads around how vast our family history is.

Our cousin count assumptions could be based on the number and complexity of our ancestral families. The Catholic family, including the French Catholics from Canada, is often portrayed as having lots of children.

This stereotype has no historical accuracy. In the first half a century, a French monarch accompanied French women, historically known as “fille du Roi”, to New France (Quebec) because the country’s population was very low.

When we try keeping track of how many generations to include in a family history, it can be tough to combat the stereotypes. We might be expecting more inflated numbers and first cousins or uncles. 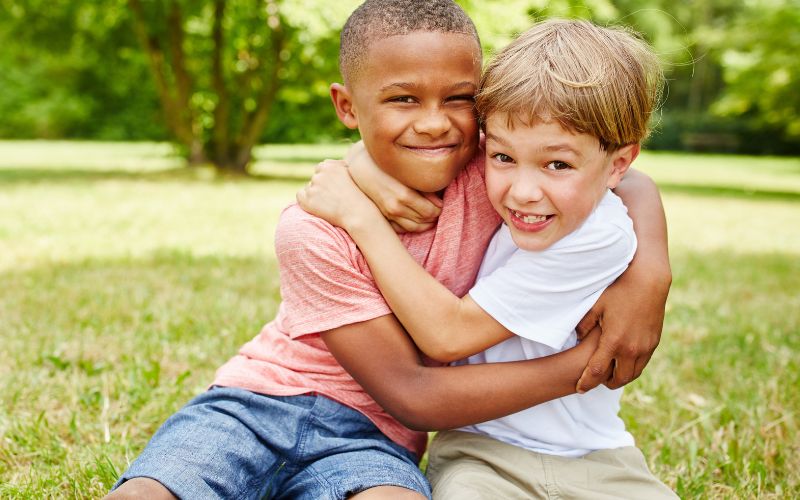 The short answer is biologically yes. Family has evolved as a concept, so even friends are often considered family today.

You may actually have personal contact with a third cousin so they will feel like part of your close relatives.

Close-knit families staying in identical locations may maintain close family relationships with distant parents, typically involving great grandparents or a younger matriarch that holds the family together like glue.

In some instances, a relative’s family may lose contact when the older family members die. That’s what happened to my family.

Although we knew our distant cousins, our relations have not changed over the past decade, but we still have contact via social media.

What does it mean to be a Cousin once removed?

When someone is “removed” from a cousin, they are separated by age and generation.

The numbers above “removed” represent only if your mother or father is removed from your relative’s family (deactivated/re-educated).

The cousin charts below show each line is color-coded by generation. Your parents, your sisters, as well as your first, second, and third cousins, have been born in similar generations together.

You may have noticed that the box marked “cousin when removed” belongs to the generation above you.

You’re removed from this list if you separated one generation, and you’re two-thirds removed when you separate from another one.

What is a half-third cousin?

Half-three cousins are those if your parents’ half-siblings are sharing only the same parent’s family.

Sometimes people may have half cousins more often than most of us realize because the affairs are generally not traceable genealogically, but children born with affairs are definitely possible!

When analyzing the data, it takes some time to decide where to go. We have a few assumptions about who we have as an ancestor.

Usually, third cousins are considered relatives from a genealogical perspective, so there is a 90% chance third cousins share DNA.

The third cousin shares about 77% DNA with one another, based on 23andMe research.

There is some variation in the amount of shared genetic information between cousins. However, it is rare that 3% of inherited traits can be shared.

Are 3rd cousins once removed blood-related?

The reversal means you will have a generation of descendants in place of that generation.

In other words, the blood is diluted but present. 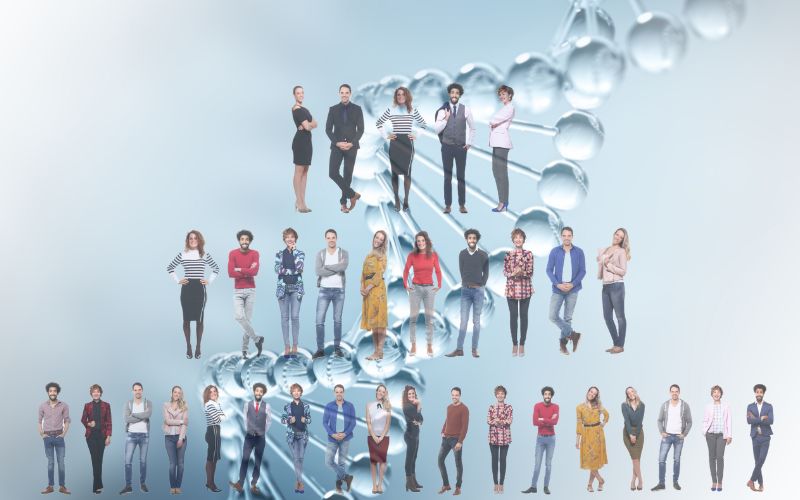 Three cousins share DNA in their own cDNA, averaging about 30 to 230 cM. A third cousin’s DNA share varies in number from 74 cM to about 75 cM and can have many different effects.

Is it okay to date your third cousin?

An inherited third cousin shares just one small percentage of the gene and doesn’t have to have an underlying genetic problem with third ancestors.

Can a girl be married to her third cousin? According to the Spruce article, married couples are allowed between second cousins and far away cousins in most parts.

There are some extremely popular marriages of third cousins, like the marriage of Queen Elizabeth II and the Duke and Duchess of Edinburgh.

Queen Elizabeth and Prince Phillip are third cousins, both descendent of Queen Victoria.

How cousins can help tell your family story 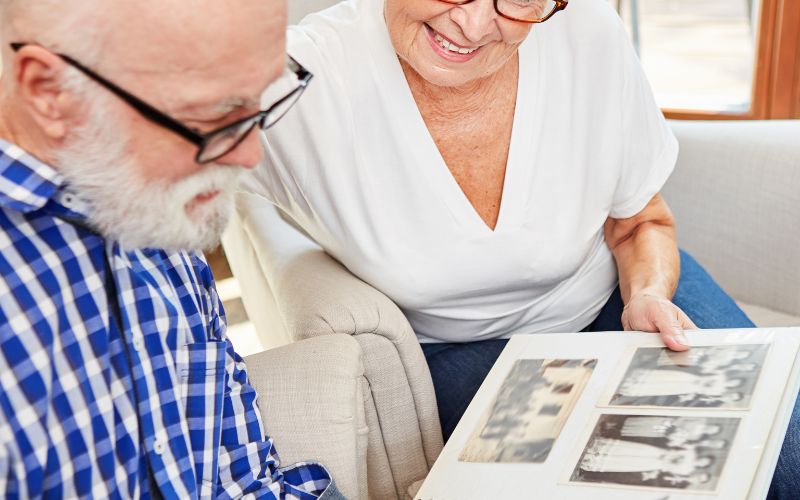 When you look at a cousin chart, it’s quick to see how easy blending happens across generations. As each generation presses on, new people are added to the equation.

With each new addition, there’s a whole new chapter of an overwhelming book. That chapter comes with a barrage of characters, nationalities, ethnicities, religions, cultures, and stories.

The whole book is of a number of generations that make a family story all the more diverse and beautiful. Cousins come from a line of those who added their own histories to the overall story.

We all share our family’s story with us and working together gives everyone more insight into that story. AncestryDNA is designed to match people with cousins with a highly accurate genetic test.

You can find your fourth cousin, fifth cousin, and sometimes your eighth or tenth cousin. Three generations or four generations of cousins make for a novel of epic proportions.

Example of how third cousins are related

From a great-grandparent’s spouse came one of your grandparents. Your grandmother or grandfather’s coupling produced a parent. That parent had you.

So, how does that link you to a third cousin? Well, the ancestors you both had in common, your great-great-grandparents, also had your great grand aunt or uncle.

So Close Yet So Far Away

Essentially, third cousins are distant cousins that share a common ancestor. To understand better, it might help to make your own cousin chart.

To get started, you would want to write it out as directly as possible. The names and how far out they stretch can get convoluted very fast.

Making a cousin chart will be easier to do if you have a chance to do a deep dive into family history. The fun of that is chatting with family members with knowledge of the extended family.

No one has better stories to share about cousins twice removed, cousins’ children, or a shared common ancestor like a senior family member.

If you aren’t including a wide variety of relatives to complete things like a cousin chart or family trees, you’re missing out.

You never know what juicy story is around the corner about fourth cousins or other common ancestors if you don’t ask. 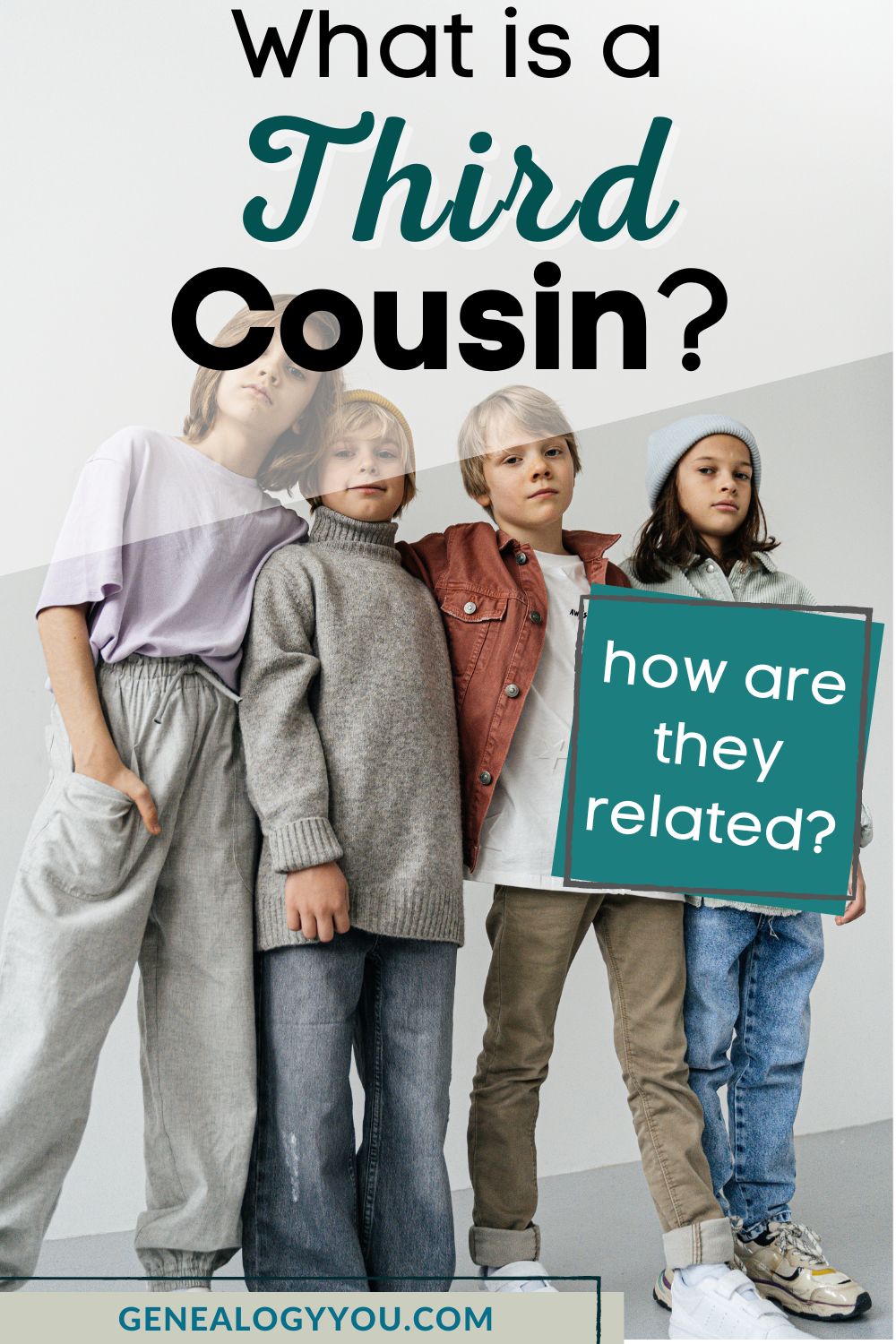