Some of us were lucky enough to grow up near family. If we were really lucky, we’d get to be near our first cousins and be good friends with them.

It didn’t matter if it was a full cousin or cousins related by marriage, family relations were great. Typical first cousins share bonds that will hopefully extend to a cousin’s kid as time goes on.

A first cousin is close to you because their parent is your parent’s sibling. What about one generation out? 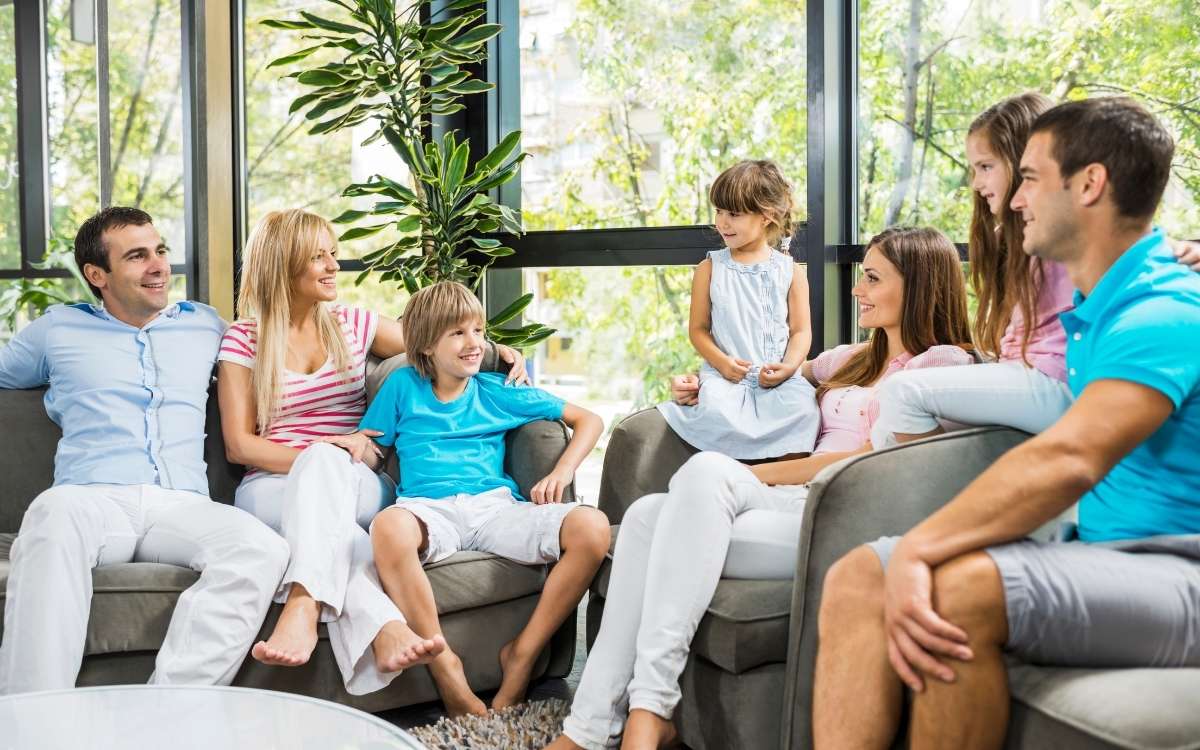 Where Cousins Fit In

To start, we’ll explain a little bit about a number of generations and how they work. When you understand cousin relationships, it all starts to fall into place.

A great-great-grandparent might be hard to mentally visualize when you consider how they relate to a second cousin once removed or a great uncle. A family tree can add up fast.

So, what is a second cousin? A second cousin isn’t quite a distant relative but there is a one-generation difference.

The common ancestor with a second cousin would be the great-grandparents.

Essentially, your grandparent had a brother or sister. That sibling had a child that was the first cousin once removed from your parent.

Second cousins are probably more memorable to your grandparents, as they are their niece or nephew’s child. You do have the same great grandparents though. A third cousin would have an even further back common ancestor. You might want to bring out your family trees or cousin chart for this.

How many generations are we at now? Well, the line that connects third cousins would be four generations ago.

Shared ancestors that would lead to third cousins have the same great-great-grandparents. So, a third cousin would be distant but still from the same generation as you.

Third cousins will share about .78% of their DNA with you.

Many family relationships might not go on much further than this point, but we got this far. Let’s chat about fourth cousins.

The number of generations we would have to go back to connect to an extra layer of cousins would be five. These are great-great-great-grandparents.

How about tenth cousins? How many generations would that be? 11! Now that’s a family tree that could use a whole backyard. A record family reunion.

A fourth cousin shares .2% of DNA with you.

What about double cousins?

When inputting into the cousin calculator, double cousins seem tricky. This is a thing when two siblings marry two siblings from another family.

You’ve probably seen this in pop culture ever so often. There are twins who got their 15 minutes of fame by celebrating a double wedding with another set of twins.

One sister weds a man who has a twin brother who just so happens to be marrying the sister’s sister. A mind swirl, but it’s okay. At least family gatherings are easy.

Double cousins share 25% of their DNA. That’s basically the same as a half-sibling. It’s also the percentage of DNA that you share with your grandparents. Even if you weren’t lucky enough to have close cousin relationships, you are still fortunate. We just so happen to live in a time of DNA testing.

These DNA matches from companies like Ancestry or 23andMe have given us the gift of connecting two cousins. All they need is the first cousin’s DNA or even a second cousin’s DNA.

Once you submit your sample, you will be able to see and connect with others who would be considered a blood relative. No longer will you have to rely on only people who were alive to be there for the story.

Generations separate families but online family trees can help bring them back together. Family relationships that would not have had a chance to develop can now flourish.

Sometimes you get a surprise and find a parent’s cousin, a great-great-uncle, or maybe even a great-grandchild your grandparents didn’t know existed.

Technology has really been able to shed a light on who we thought we were.

With all the advancement going on with our family tree, excitement is in the air. The same person you found online could end up being a new best friend.

What about when things go a little further than intended? Can you marry a second cousin once removed?

Do cousins share enough DNA that would cause a problem for offspring? There’s a lot to consider.

How close is too close? As flirty as kissing cousin sounds, it isn’t intended inappropriately. It is supposed to be a fun way of referring to first cousins or family that have a tight bond.

To be anything more might actually be illegal. Almost half of the US has laws governing consanguineous marriages.

Is a third cousins relationship acceptable?

Two people who are several generations removed would have more of a chance of being accepted in society. In fact, it’s not unheard of for couples to find out they share a distant common ancestor after they’ve married.

Just ask Kevin Bacon and his wife Kyra Sedgwick. They are ninth cousins, once removed. What would their ancestors siblings say?

To be fair, the family tree gets pretty convoluted past third cousins. It might even take one of the DNA tests to even let you know that you’re related.

Famous Couples Who are Related

Kevin and Kyra aren’t the only love match who found out they were related. Here’s a list of other people you know that may or may not have known about their cousin’s status.

One of the more brilliant-minded people in history, Albert happened to be infatuated with his cousin Elsa.

An exceedingly popular rocker watched his career come crashing down when he infamously made the decision to marry his third cousin.

The cousin part wasn’t the most devastating issue, it was her age of 13 that canceled him.

The former New York City mayor’s first wife was Regina Peruggi, his second cousin. They were married for 14 years before divorcing with no children.

A History of Drifting

It wasn’t too long ago that keeping up with common ancestors would have been a believable show. People weren’t really going that far away as generations progressed.

It wasn’t uncommon to be able to name and have a relationship with all of your first cousins. It was also typical to know your second cousins and be able to name a great-great-grandparent from both sides.

They didn’t need a cousin calculator for things like that.

These days, grandparents doubles as family tree holders. We are several generations removed from being able to recall the depth of a cousin chart with names.

As time goes forward, it might behoove us to become more in touch with our ancestry and pass down that knowledge. If for nothing else than to keep our descendants informed of their own heritage.