In the genealogy world, there isn’t anything quite as exciting as getting DNA results. Not only has technology given us this privileged information, but we get those results online, too.

No need to wait for the mail, you get a walk-through of what’s in your blood immediately.

If you’ve had the distinct pleasure of having had these results for at least a few years, you’re aware of the fact that the results aren’t the end of the story. The family story is regularly evolving. The reason is due to the sample pool increasing. 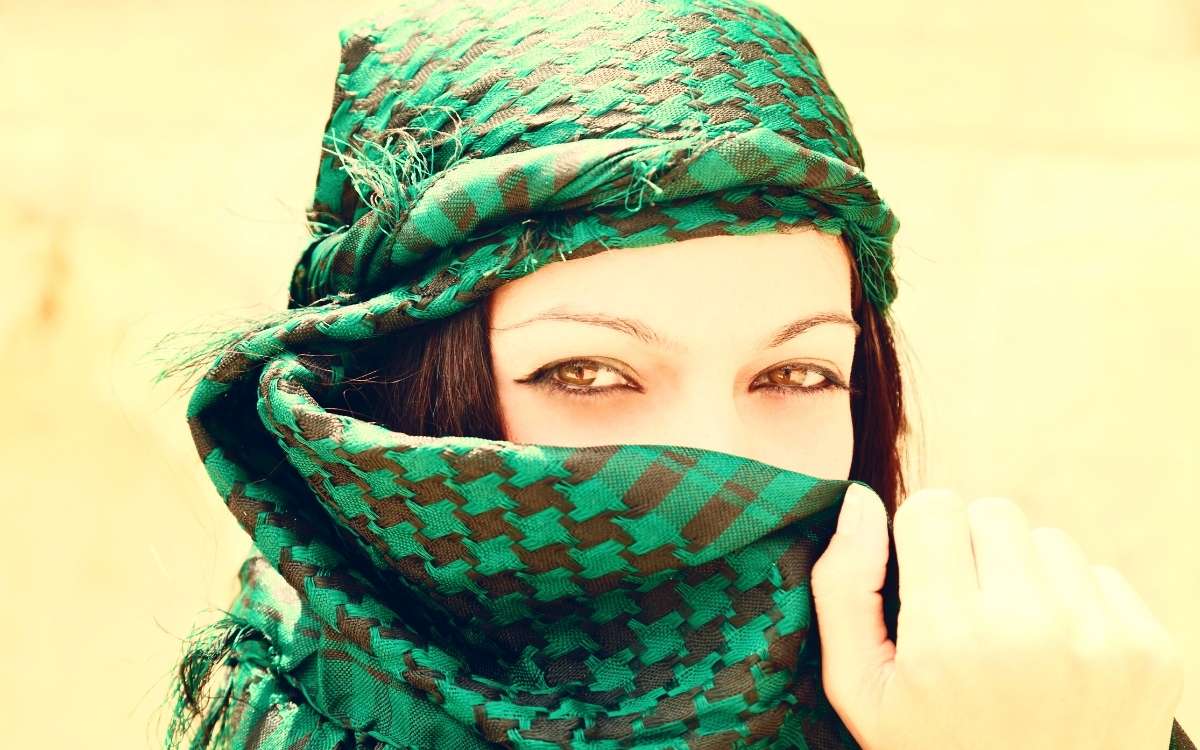 Essentially, more people participating means we have more information to go off of. With each new development, we are becoming a little bit clear.

As the sample size grows, more regions are gaining a presence. The results are getting more specific. For instance, instead of saying West Europe, you might see France.

Our regional DNA percentages may move around a bit, but the results are still theoretically the same. But what happens when a region pops up that you’ve never seen before?

In late 2021, some ancestry users saw a new region added to their ethnicity estimate. Levant DNA showed up on ancestry and it had many people curious about the update.

Luckily, when Ancestry changes things up a bit they add details to allow users the time to process.

Where is the Levant DNA region?

The Levant stands for the Levantine Sea, which is the Eastern Mediterranean. The whole of the Mediterranean is arguably the most important place for human evolution.

They don’t call it the Fertile Crescent for anything.

Having Levant ancestors could mean a number of things for your genetic diversity. Many people passed through here on their way to other destinations. It was sort of the melting pot of the ancient world.

A Levant DNA region can refer to a multitude of places along the coast that are all within close proximity. Here’s a handful of places where you could be connected through a Levant heritage:

Within the overall Levant region, there are also sub-regions showing up under the same category. These are still Levant DNA related, just further out than the direct coast.

Here are the places you might see as a sub-region: 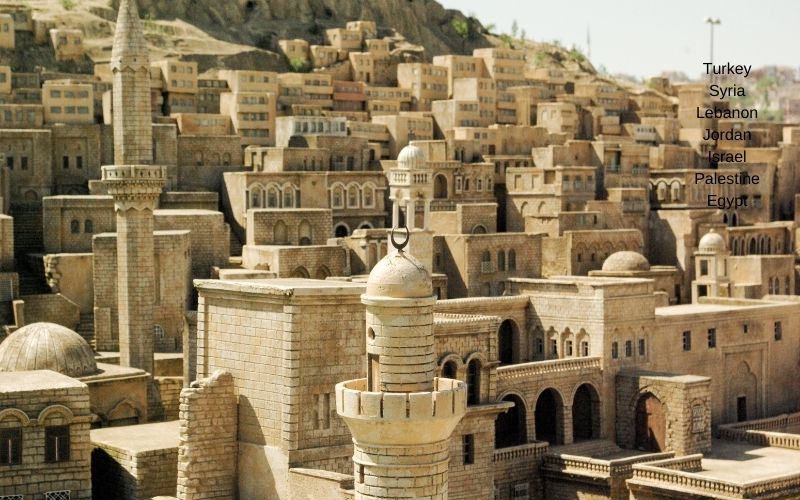 Middle Eastern populations from the earliest civilizations show us a valuable picture of how we have grown as a human race. Present-day populations aren’t as homogenized as we tend to think.

Imagine if somehow, someone came along and was able to convince everyone in the world to get a DNA test. It might not completely wipe racism off the map, but it would shake a great many worldly citizens to the core.

Human history is long and intertwining. We, as a people, have done a lot of journeying and intermingling. Imagine how much the opinions of other people would change if we all saw how much of a mix is in our blood.

The genetic makeup we get a glimpse at through our ethnicity estimate tells us a lot, but it’s not the whole genomic history. DNA testing only goes back a few hundred years ago.

If a millennia ago, your ancestors left North Africa and traveled into the Middle East, you might not know it.

Moving there, building several generations of life there, then wandering elsewhere might have erased the traces of that culture from your DNA.

Of course, who knows what the future may bring, but for now, it’s important to keep that in mind.

If we could look back, say 2,000 years ago, there’d probably be a great deal more people showing up with the Levant region in their results.

The Jewish populations came from Greek Mesopotamia, as was mentioned in the Hebrew Bible. That is the Levant region of reference today.

From the earliest civilizations of modern humans through the Ottoman Empire and now today, this has been a place that attracted so many types of people.

Unfortunately, the conflict stretching from sub-Saharan Africans all the way through the Arabian desert makes it tough. So many clashes in the Levant region put a strain on research.

That doesn’t mean we don’t have some advancement. 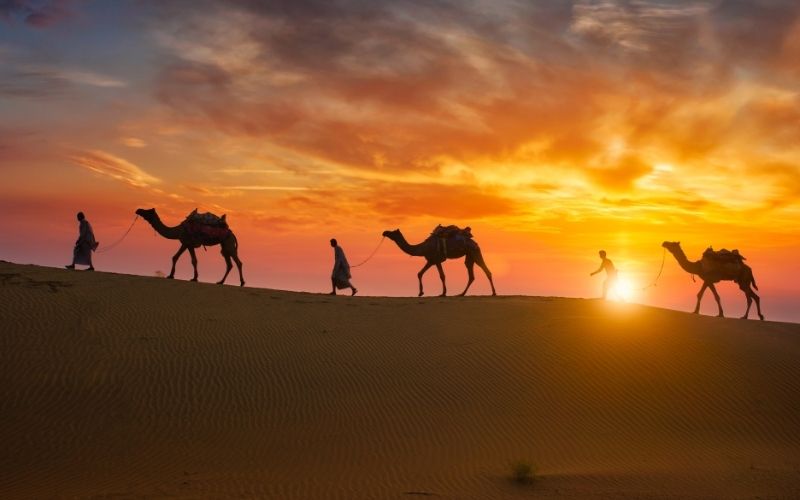 A team found that not everyone who left with Levant DNA stayed gone. Long before there was a population in chaos throughout the Middle East and Eastern Mediterranean, there were the Aurignacians.

These were Europeans whose ancestors had migrated to Europe. It’s likely these people were Middle Eastern. For one reason or another, they seem to have changed their minds about Europe around 40,000 years ago.

Next thing you know, they moved back to the Levant region and the Arabian Peninsula.

For many years, we believed that the population who moved into Europe was the reason for the Neanderthals being wiped out.

The international team of investigators has discovered that they actually just became one with modern humans.

In that sense, many of us would likely have Neanderthal DNA showing up in our genomic data, too.

Why were people leaving the Arabian Peninsula?

During the Bronze Age, the Fertile Crescent was like the marketplace of the world. People from Central Asia, West Asia, the Near East, North, and other sites around Africa came for trade.

It was during this time that there was a healthy mix of languages, goods, and ideas spreading around. The region benefitted from everything coming its way.

With the growing populations stopping and not passing through, natural resources in the area began to feel a strain.

It was around this time, some people started leaving the Middle East. With everything people were learning at the time, many felt confident to move.

They took with them the knowledge and surely some hoped it would help gain power.

The world was new and largely unexplored. Of course, there was no way for natives of the Arabian desert to know the incredible amount of land yet to be discovered, but that’s for another time.

Those traveling into the Levant region brought with them tried and true information from their home. If you take all the tidbits and put them together, that’s a complicated book.

If you were a local of the area and interacted with such a wide array of travelers, you’d pick up quite a few tricks over the years. You’d be left with two scenarios.

The first is to stay where you are and apply them or move away and hope for riches.

When you think about it, the latter scenario isn’t too far off from Americans moving west for gold. Sure, they had places of their own in the east but there was gold in them hills!

Those who perpetuated throughout the rise and fall of empires and the comings and goings of the Crusades are the ones who would show up now.

So, if you’ve found the Levant DNA region in your Ancestry results, take a moment to reflect on that. Your ancestors and the people of the region throughout the Middle East have seen some things.

Those who made it possible to show up in your blood are the ones who have endured the most. It’s not easy to stick around in a place that once flourished and now is a war zone.

Peace in the Middle East 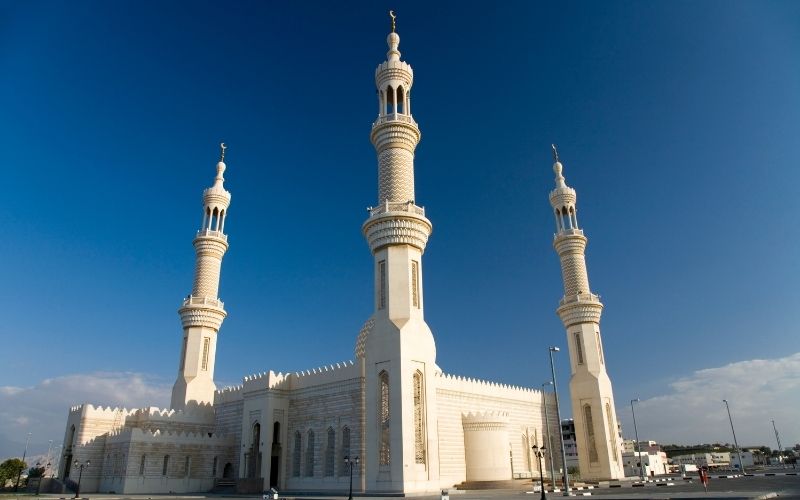 Religion and war are why it can be nerve-wracking to live in the region. It may seem like a more recent problem, but the conflict has been around longer than you think.

Muhammad, the founder of Islam, gained a reputation long before divine intervention changed his path. He was once known as a charismatic peacekeeper.

The same region many have in their Ancestry is one that was tribal many years ago.

Many years in this situation refer to the sixth century. It was Muhammad who would be approached by arguing tribal leaders to break up a feud.

No matter what was being argued about, there was always some issue.

Muhammad was good at resolving conflicts and many looked up to him for it. That’s why he was able to gain such a following when he was inspired spiritually later on.

It could be viewed as an irony that people fighting over Islam has created more conflict, but, that’s a topic for another time.

If finding the Levant DNA region in your results has shocked you, perhaps it’s time to invest in some educational materials. This is, after all, your heritage.

The best way to learn more about what happened to your history years ago is to look into it. Ask questions of family members and do some digging.

It’s not uncommon for wild stories from 100 years ago or more to be found while casually looking for answers. You never know what your past will open you up to. 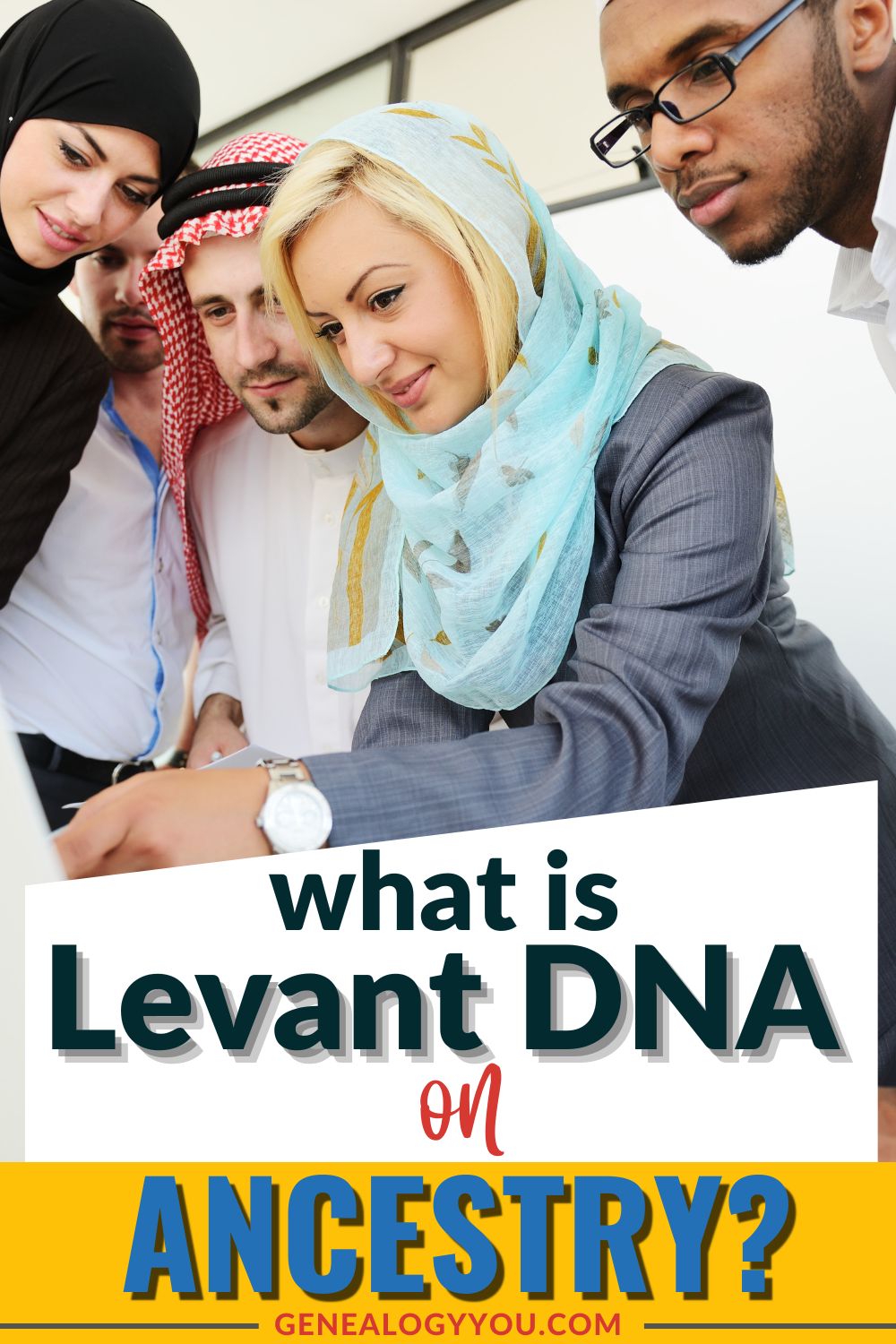