Whether you want one to display on your social media pages, or want to add family tree quotes to photos on a scrapbook, these quotes will inspire and enrich your genealogy journey.

Quotes about trees and family history come from various sources.

There are funny family tree quotes from comedians here, as well as quotes about ancestry from respected novelists, playwrights and poets.

Family tree sayings can give you inspiration on a journey into your ancestral past. You could print and frame your favorite, or use it as a caption for an old and treasured family photograph or artefact.

Whatever you want to use these family tree sayings for, enjoy!

Here they are – our handpicked selection of quotes about family trees and genealogy.

These come from men and women, Americans and Brits.

Many are writers of some sort, while others are theologists, comedians, activists or poets.

One past US president even had his say on the subject.

In this section we have some quotes about family history from the perspective of a British playwright, a poet and even a comedian:

“If we tried to sink the past beneath our feet, be sure the future would not stand” – Elizabeth Barrett Browning, British poet.

“If you cannot get rid of the family skeleton, you may as well make it dance” – George Bernard Shaw, British playwright.

“The thing that interests me most about family history is the gap between the things we think we know about our families and the realities” – Jeremy Hardy, British comedian. 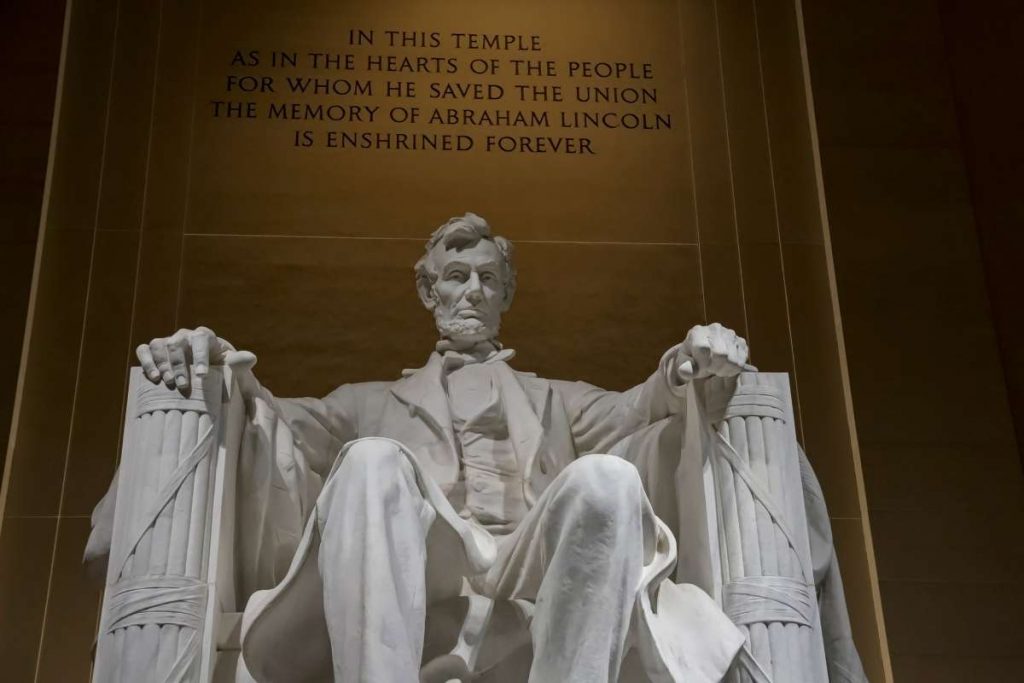 Politicians may also get into giving quotes about family tree research, although it sounds as though Mr Lincoln was a little skeptical about delving into his ancestry:

“I don’t know who my grandfather was, I am much more concerned to know what his grandson will be” – Abraham Lincoln, 16th US president

Unlike Lincoln, Benjamin Franklin was actually never president of the United States. He was one of its founding fathers, however.

By the time the Constitution and Declaration of Independence were written and ratified and the first presidential election was held, Franklin was over 80:

“If you would not be forgotten, as soon as you are dead and rotten; either write things worthy of reading, or do things worthy of writing” – Benjamin Franklin, Founding Father of the United States

The Importance of Looking Back

Though the 16th president may not have been convinced about genealogy’s importance, many thinkers see it as vital.

Check out the following quotes from writers and philosophers past and present:

“There are only two lasting bequests we can give our children – one is roots, and the other, wings” –  Hodding Carter, American journalist and author.

“Everyone has ancestors and it is only a question of going back far enough to find a good one” – Howard Kenneth Nixon, writer.

“People will not look forward to posterity who never look backward to their ancestors” – Edmund Burke, Irish politician and philosopher.

“In all of us there is a hunger, marrow deep, to know our heritage – to know who we are and where we came from. Without this enriching knowledge, there is a hollow yearning. No matter what our attainments in life, there is still a vacuum, an emptiness, and the most disquieting loneliness” – Alex Haley, American writer

“Those who forget their past are destined to repeat it” – Robert A. Heinlein, American sci-fi author and engineer

A Note of Cynicism

Some of the most famous sayings about family trees are from those who take a more cynical view of uncovering one’s familial past.

The following are examples from those who might concur with Abraham Lincoln:

“Why waste your money looking up your family tree? Just go into politics and your opponents will do it for you” – Mark Twain, American author.

“When a society or a civilization perishes, one condition can always be found. They forgot where they came from” – Carl Sandburg, American poet.

“A man who thinks too much about his ancestors is like a potato—the best part of him is underground” – Henry S.F. Cooper, American writer and environmentalist.

“I don’t have to look up my family tree because I know that I’m the sap” – Fred Allen, American comedian.

Genealogy quotes from theologists tend to lean in favor of diving into the family tree to trace one’s roots:

“We inherit from our ancestors gifts so often taken for granted. Each of us contains within this inheritance of soul. We are links between the ages, containing past and present expectations, sacred memories and future promise” – Edward Sellner, American professor of theology.

Ralph Waldo Emerson, a philosopher, essayist and poet, seemingly had a lot to say about ancestry.

His sayings about the family tree stress the undeniable influence of genealogy:

“We are the children of many sires, and every drop of blood in us in its turn…betrays its ancestor” – Ralph Waldo Emerson, American essayist, philosopher and poet.

“Every man is a quotation from all his ancestors” – Ralph Waldo Emerson.

On the Origin of the Species

This quote is from American futurist and author Robert Anton Wilson, who was regarded as a leading light of Discordianism – a movement which may be seen as something of a mock, or parody of, religion.

It sums up the distant beginnings of human life from long, long ago.

“Most of our ancestors were not perfect ladies and gentlemen. The majority of them weren’t even mammals” – Robert Anton Wilson, American author and futurist.

Various women have offered their own views on genealogy.

If you’re looking for an inspirational genealogy quote for your family tree journey, see what these female activists and writers have to say:

“Southerners are so devoted to genealogy that we see a family tree under every bush” – Florence King, American novelist and essayist.

“We need to haunt the house of history and listen anew to the ancestors’ wisdom” – Maya Angelou, American memoirist, poet and activist.

And finally, a family tree quote from an ancient Greek philosopher.

“It is a desirable thing to be well-descended, but the glory belongs to our ancestors” – Plutarch, Ancient Greek philosopher.

How to Pronounce Genealogy

How Long Does AncestryDNA Take?