For the entirety of human history, minus the last handful of years, we had to be an extremely trusting species. Our fathers could have been anyone, technically, so could our mothers.

Until recently, we had no way of verifying a lot of things that could have made a massive difference to many aspects of humanity. Imagine if working-class women could have proven that the king sired their illegitimate children. 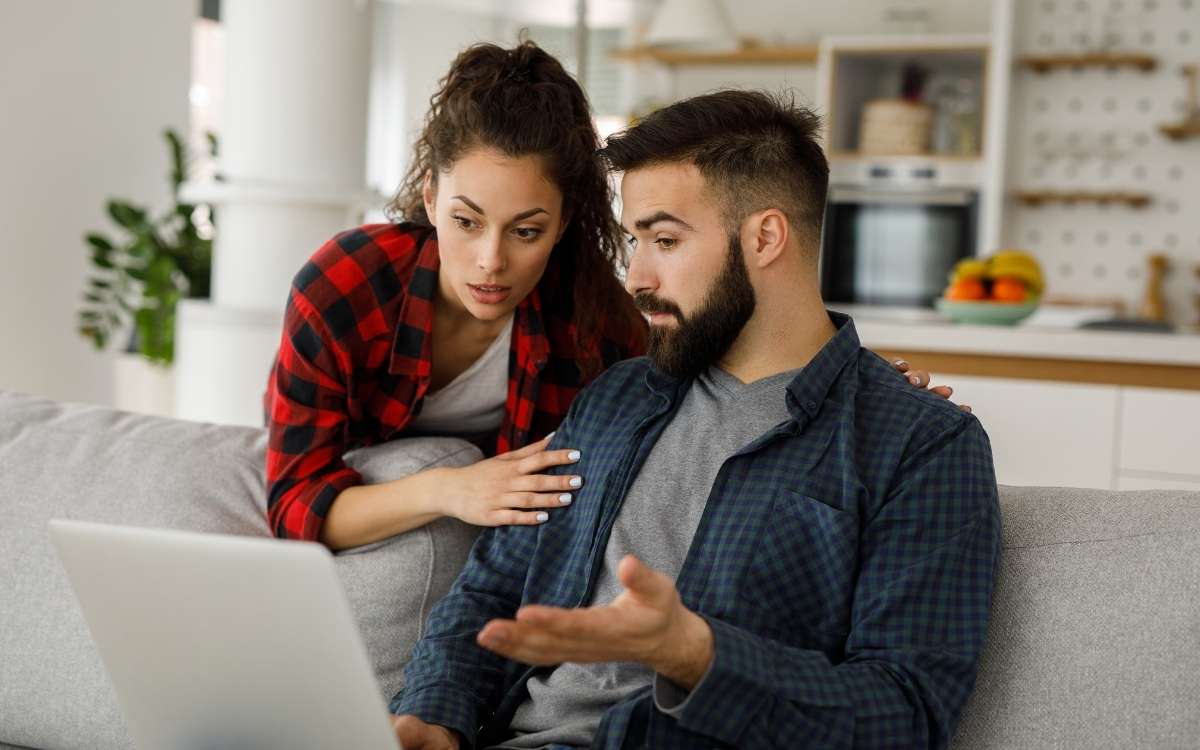 Or that none of the men pretending were actually the son of Marie Antoinette after the French Revolution. Without the shield of anonymity from a DNA-less past, the list of notable people throughout the ages would almost certainly look different.

We no longer have to live in a world of unknowns, at least where family history is concerned. Today, we enjoy the luxury of being able to submit DNA samples to companies like Ancestry or 23andMe.

DNA test results often tell us more about our past than any family history research ever could.

The reason for that has a lot to do with the 18th-century line by Alexander Pope, “To err is human.” No matter how meticulous family trees have been kept over generations, they are finite.

DNA testing picks up where a family tree runs out of branches.

Not to mention, people are the ones who pass down family stories. Have you ever played the telephone game? It’s almost guaranteed stories shape-shift over time.

Once you submit a DNA test, waiting for the results in anticipation can be stifling. It’s not hard to locate a crazy family drama that resulted from someone who got back results that did not match what they had been told growing up.

It’s also astonishing how many adults discovered they were the product of an affair and now have new family members to meet. On the flip side, DNA testing can be a significant life changer for adoptees.

DNA matches can open up a whole new world of knowledge for someone who has been in the dark.

While DNA samples can’t tell you the name of your great-great-grandmother, they can provide a region. For example, DNA tests let you know that your father’s side was Irish or that your mother’s side has a chunk of Chinese in their blood.

Your own DNA is a mix of both sides.

If you are one of those who sent off the DNA sample a multitude of years ago, you know how far along the results have gone. Early on, when DNA testing first became a hot topic, the results were broader when it came to locations and ethnicity estimates.

Instead of saying Italy, it might say Europe South. That’s still a lot more than we might have had confirmation of, but it was a more general region estimate.

Ethnicity estimation has undergone some dramatic changes since people were first able to purchase Ancestry DNA kits to do at home. The geographic regions have tightened in comparison to previous results.

Germanic Europe was grouped with Great Britain as a region before, but the areas are more broken down.

The new results go a step further. Updated date of immigration has provided families with a better idea of when ancestors uprooted for a new country.

There is a lot more data to unpack as more DNA samples continue rolling in.

So, why has ethnicity changed? As with all science, new data equals more precision.

An abundance of other samples helps create a wider pool. Regions are getting more specific due to people from the same place submitting a sample. These are base reference samples.

Don’t let the evolving percentages confuse you. The Ancestry test results aren’t updated because your DNA has changed.

Essentially, what they know about DNA has evolved to include better details.

Some parts of the ethnicity estimate are actually just an update of new regions. For example, Ireland, Scotland, and Wales used to be lumped into one category. England would be lumped into Europe West.

Now, all three of the former are in their own category, and England is grouped with Northwestern Europe. Norwegian and Swedish heritage were grouped together as Scandinavian DNA. Now, they are separate. 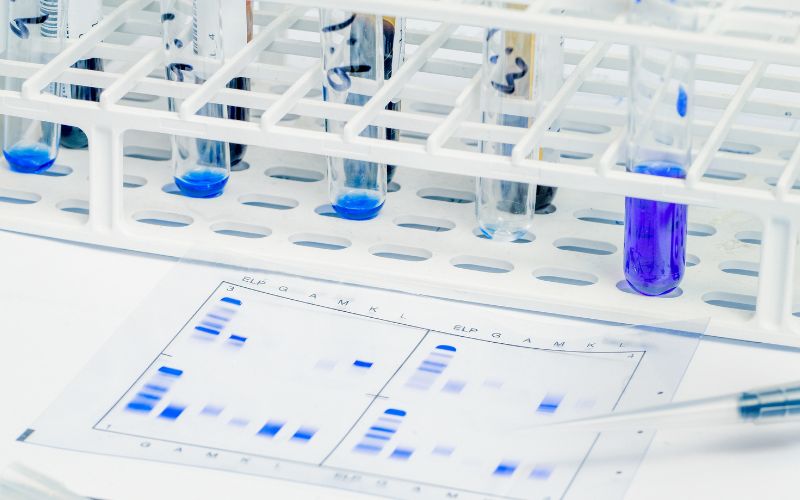 This involves splitting the region because more samples have created a more diverse reference panel. The goal of creating a panel is to find people who have been verifiably in the area for a long time.

A larger reference panel will make for a more refined image of your family history. The DNA results are compared to the panel.

Ancestry DNA looks at about 1,000 sections of DNA results. When your DNA matches with a panel, a percentage is created and that is the ethnicity estimate.

The regions and percentages associated with you are the DNA story everyone sends their DNA in to have.

When it comes to looking at the numbers, there’s a lot to consider. If you come from a family that is steeped in a particular culture or if you’ve heard stories about people from the family tree, it’s likely you have some expectations.

More often than not, genetics throws you a surprise. You might feel like it can’t be accurate to see something wildly different, such as 25% Italian ancestry and only 5% Irish when you met grandparents who came from the country.

Those are too far apart to just be Western Europe.

So, are the numbers exact or what?

The big numbers are the meat and potatoes from the Ancestry DNA test. Although everyone is a melting pot to a degree, many have a chunk in one area.

That’s why changing estimates can be a learning experience.

The numbers may move around a bit, but you still have a sense of where you’re from, your genes anyway.

Years ago, it wasn’t uncommon for Ancestry DNA to send out results that wouldn’t completely add up to 100%. These low-confidence regions are ones that weren’t flushed out enough to assign a specific area to.

In other words, there weren’t enough samples in the reference panel for a particular area to show up strong. So, when compared, there was some overlap but not enough to get categorized. 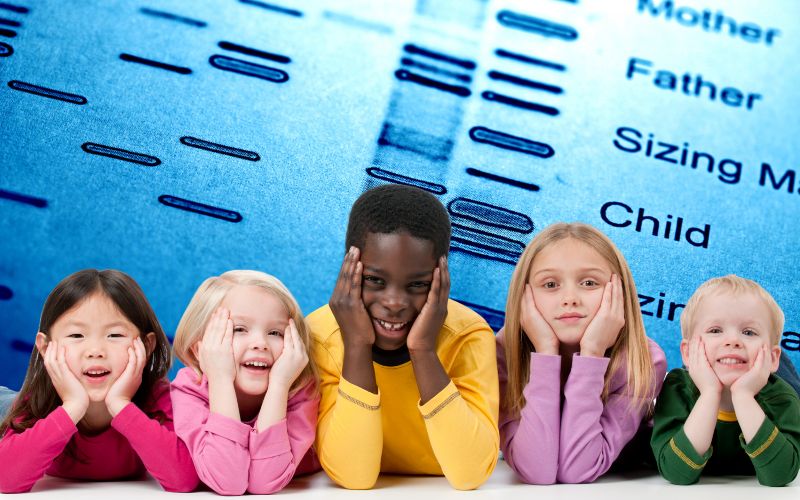 What does all that mean, in practical form? Let’s run with the example presented earlier with Northwestern Europe.

Not exactly. Everything else was listed as Low Confidence Regions. None of the locations showed up significantly to place as an individual with the others above.

In 2022, just five years later, the results have shaken up a bit:

Well, well, well. That’s quite an interesting change, wouldn’t you say? The numbers moved around a bit but this is still the same person. The ethnicity estimate became more enhanced after five years and included new regions.

The previous results solidified the area this person came from, and the most recent results were more specific. Sample panels get richer as time goes on.

Ethnicity results knew this person had ancestors from Southern Europe but didn’t have enough to hone in on those numbers until later. At that point, it was specifically Italy.

As society continues to find interest in ethnicity results, our test data will get more and more accurate.

Okay, so now we’ve got a better understanding of why the DNA ethnicity estimate changes over time. You might be wondering how you can get more info from these numbers and regions.

Look no further than your own parents.

If you’re the only person in the family who has taken one of these tests, you might be extremely curious about who passed down which ethnicity. Sure, you could get them a test of their own but there may be another way.

Ancestry has a new section called ethnicity inheritance that is located just below the ethnicity estimate. While it doesn’t tell you if it was the male or female parent, it does separate results, so you can speculate.

It starts as a circle with one parent represented on either side. Colors indicate how much of the various ethnicities a parent passed down to you.

So, if you know one parent is Native American, you will be able to easily discern which side belongs to which parent.

Otherwise, you can use context clues if possible. It’s definitely interesting to see where you get certain ethnicities and then perhaps where the traits come from.

Imagine being adopted and never knowing your parents. You could get to know them in a way, even if there was no contact.

Working off the same example from earlier, let’s go over how the inheritance would work to create the percentages presented above.

Not only does this equal to 100%, but it gives us an interesting picture of the parents. Most of the DNA passed down to the child was quite similar.

Where the two diverged in Norway and Southern Italy. Looking at this person, it’s easy to imagine a very British person who likes the cold but can sport a tan. At least, that’s a fun guess. 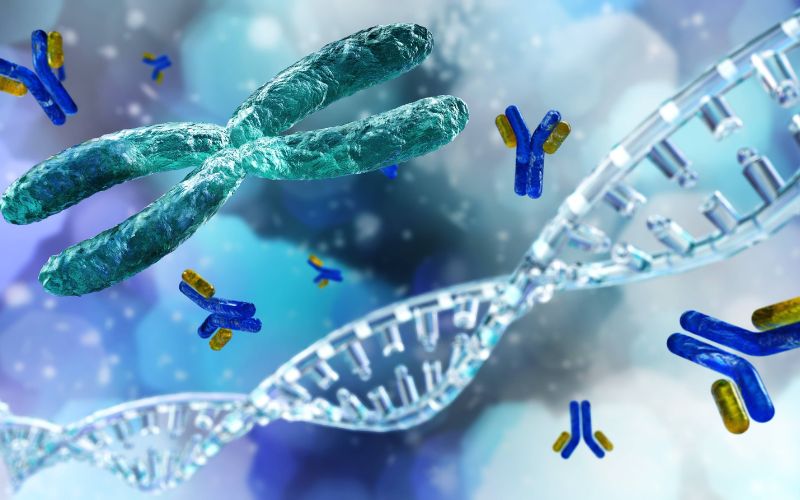 If you want an even better visual, in addition to the inheritance, Ancestry offers a chromosome painter. Not only is this graph informative, but it helps wrap your head around what you got from each parent, comparatively.

Most people have 23 pairs of chromosomes, which are basically bundles of DNA that are kept safe and sound within their cells. Each pair contains one chromosome from each parent.

The chromosome painter has 22 of those pairs laid out and full of color. The color corresponds to the regions listed in the ethnicity estimate. From the top to the bottom, you can see the pairs in order of length.

A long and solid-colored pair means the link to that region is more recent. By the time you get to the bottom, the pairs are shorter and may include a gray area. The two gray patterns mean either sections weren’t tested, or the origin is unknown.

If both sides of a pair are the same color and long, both parents have a hefty amount of that region’s DNA in their chromosomes.

To get a better feel for it, you can see both parents at the same time or just one. You can also tap which region you want to see highlighted for one or both parents.

Just when you thought it was only about blood, the ethnicity estimate plunges deeper. At this point in the process, you might be highly impressed and interested in how far and where your family tree might take you.

One thing that has also done some updating over time are communities. The test uses accurate science and history to explain the movement of a group of people.

Not just any people, of course, but the people you descended from.

How it works is that researchers use the data to connect a region’s people to a time period. They can use that as an outline to trace back migration events.

One such example is the Southern Appalachia Settlers who crossed the Atlantic on and off from 1700 through 1975. To learn more about a community, you tap on it and the page takes you to a timeline.

There, it will break down how you have shared ancestors with other users in this community.

Not only does Ancestry provide an insight into our human journeys but it can also explain why some of them took place. We’re not at a time in science yet where we can go back to the dawn of humanity.

However, through the ever-updating ethnicity estimates and communities, we can get part of the picture that made the miracle of us.